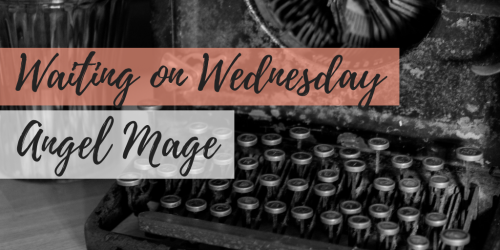 More than a century has passed since Liliath crept into the empty sarcophagus of Saint Marguerite, fleeing the Fall of Ystara. But she emerges from her magical sleep still beautiful, looking no more than nineteen, and once again renews her single-minded quest to be united with her lover, Palleniel, the archangel of Ystara.

A seemingly impossible quest, but Liliath is one of the greatest practitioners of angelic magic to have ever lived, summoning angels and forcing them to do her bidding.

Liliath knew that most of the inhabitants of Ystara died from the Ash Blood plague or were transformed into beastlings, and she herself led the survivors who fled into neighboring Sarance. Now she learns that angels shun the Ystaran’s descendants. If they are touched by angelic magic, their blood will turn to ash. They are known as Refusers, and can only live the most lowly lives.

But Liliath cares nothing for the descendants of her people, save how they can serve her. It is four young Sarancians who hold her interest: Simeon, a studious doctor-in-training; Henri, a dedicated fortune hunter; Agnez, an adventurous musketeer cadet; and Dorotea, an icon-maker and scholar of angelic magic. They are the key to her quest.

The four feel a strange kinship from the moment they meet, but do not know why, or suspect their importance. All become pawns in Liliath’s grand scheme to fulfill her destiny and be united with the love of her life. No matter the cost to everyone else. . . 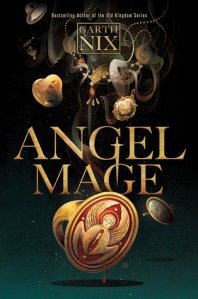 I CANNOT WAIT TO READ THIS BOOK. Garth Nix is definitely an author that I don’t talk about enough on this blog – but that’s all going to change now. I’d pretty much credit Garth Nix and J.K. Rowling with my love of reading. I read the Abhorsen Series when I was young and that pretty much started my life long love with fantasy. Shade’s Children is one of my absolute favourite books and I’ve read Sabriel so many times my copy is barely still in one piece. I’ve been lucky enough to have been to a couple of signings that Garth Nix has done and he was always lovely and my signed copies are some of my most prized possessions. I’m so excited to read his first take on adult fantasy and this story just sounds brilliant. This has definitely become one of my most anticipated releases for 2019 and I’m obsessed with the cover. Angel Mage is publishing October 1st 2019 from Gollancz.