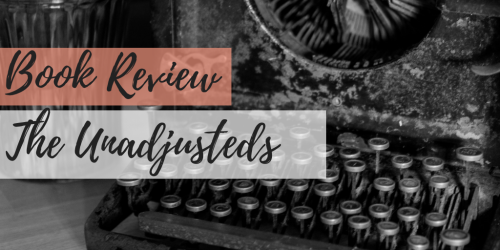 Sixteen-year-old Silver Melody lives in a world where 80% of the population has modified their DNA. Known as the altereds, those people now possess enhancements like wings, tails, and increased strength or intelligence. Although Silver’s parents created the nanite pill used to deliver these genetic modifications, Silver is proud of her unadjusted state.

However, when the president declares all unadjusteds must take a nanite, Silver has no choice but to flee the city with her father and some friends to prevent the extinction of the unadjusteds.

With Silver’s mother in prison for treason, Silver’s father is the unadjusteds’ only hope at finding a cure. But time is running out as Silver’s father is captured by the president’s almost immortal army. Vicious hellhounds are on Silver’s trail, and her only chance to recover her father involves teaming up with a new group of unlikely friends before all humanity is lost.

As soon as I read the synopsis for this book I was dying to know more. The concept really intrigued me – a world where the majority of the population have altered their DNA? It was such a fascinating idea. When I picked up the book I completely fell in love with this world and these characters, a unique and engaging tale, one that is perfect for fans of Suzanne Collins’ The Hunger Games and Emily Suvada’s This Mortal Coil.

The story follows Silver Melody, a young girl living in a dystopian future where the majority of people have taken nanite pills to alter their DNA. Silver’s parents are the inventors of these pills and after some people die from taking them Silver’s mother refuses to make them and is taken as a political prisoner. When President Bear announces that all unadjusteds are now required to take nanite pills, Silver knows she has to flee, but with a price on her head and hellhounds closing in on her – will she survive?

The Unadjusteds throws you in right in the middle of the action and doesn’t stop till the very end of the book. It’s a fast paced read and as the tension mounted I found myself turning the pages quicker and quicker to find out what was going to happen next. The ending was a bit of a surprise but the cliffhanger has definitely made me hopeful that their might be a sequel in the works.

The world is really fascinating in The Unadjusteds and I loved seeing all the genetic modifications. Fairy wings, impenetrable skin, invisibility and everything in between. I also really liked the mix of politics and action, it added another layer to this cleverly executed story. It also really delves into the themes of technology and greed – with nanite pills curing so many known diseases, humanity takes it one step further by beginning to alter their DNA – but at what cost?

Silver is a really interesting main character, she’s strong willed, determined to succeed and sticks by her beliefs to remain unadjusted. I really liked her as a protagonist and I enjoyed seeing her character develop as she tries to survive. There is also quite an interesting love triangle in the story, it’s a nice addition to the story without taking away from the main plot. It was fascinating to watch Silver attempt to understand her feelings on top of everything else that’s going on. She’s certainly a powerful main character, and one I was rooting for the whole way.

If you’re looking for a fast paced, fresh take on the dystopian novel, The Unadjusteds should definitely be your next read. A compulsively readable book that will definitely leave you wanting more from this world.