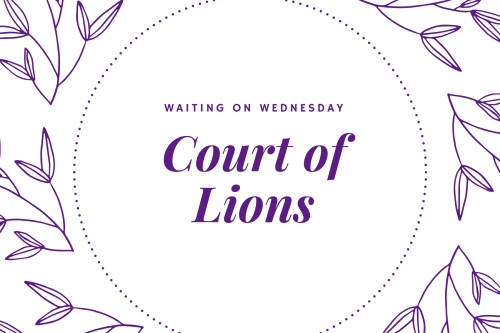 Two identical girls, one a princess, the other a rebel. Who will rule the empire?

After being swept up into the brutal Vathek court, Amani, the ordinary girl forced to serve as the half-Vathek princess’s body double, has been forced into complete isolation. The cruel but complex princess, Maram, with whom Amani had cultivated a tenuous friendship, discovered Amani’s connection to the rebellion and has forced her into silence, and if Amani crosses Maram once more, her identity – and her betrayal – will be revealed to everyone in the court.

Amani is desperate to continue helping the rebellion, to fight for her people’s freedom. But she must make a devastating decision: will she step aside, and watch her people suffer, or continue to aid them, and put herself and her family in mortal danger? And whatever she chooses, can she bear to remain separated, forever, from Maram’s fiancé, Idris?

Mirage was one of those books that I thought sounded quite interesting and order a copy of and then sits on your TBR for absolutely ages. Eventually I picked it up and I absolutely devoured it. I couldn’t put it down and it was one of my favourite reads of 2019. It was fast paced, I loved the characters and the plot was so engrossing. I love the doppelganger trope and I think it’s done so well in this book. I’ve been eagerly awaiting this second instalment because I’m desperate to know what’s going to happen next. I have really high expectations for this one, so fingers crossed it lives up to it. The release date has been pushed back to August which I’m a bit sad about, but thankfully there isn’t too long to go. There is also a change in the cover design and while I like the new cover I do prefer the simple design of the first book and I’m going to be so sad they don’t match. If you haven’t picked up Mirage yet you can read my full review here, and I definitely recommend it. While I’m not so patiently counting down the days till release, there’s only a few more months to go – Court of Lions is publishing August 6th from Hodder Books.

4 thoughts on “Waiting on Wednesday: Court of Lions – Somaiya Daud”