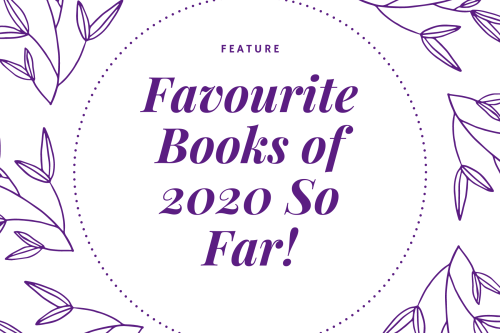 Since we are now over half way through the year I thought it would be fun to do a list of my favourite reads of the last six months. These are in no particular order, but all of them were five star reads that I absolutely loved.

1. A Queen In Hiding – Sarah Kozloff
Debut author Sarah Kozloff offers a breathtaking and cinematic epic fantasy of a ruler coming of age in A Queen in Hiding first in the quartet of The Nine Realms series.

Orphaned, exiled and hunted, Cérulia, Princess of Weirandale, must master the magic that is her birthright, become a ruthless guerilla fighter, and transform into the queen she is destined to be.

But to do it she must win the favor of the spirits who play in mortal affairs, assemble an unlikely group of rebels, and wrest the throne from a corrupt aristocracy whose rot has spread throughout her kingdom.

2. The Curator – M W Craven
It’s Christmas and a serial killer is leaving displayed body parts all over Cumbria. A strange message is left at each scene: #BSC6. Called in to investigate, the National Crime Agency’s Washington Poe and Tilly Bradshaw are faced with a case that makes no sense. Why were some victims anaesthetized, while others died in appalling agony? Why is their only suspect denying what they can irrefutably prove but admitting to things they weren’t even aware of? And why did the victims all take the same two weeks off work three years earlier?

And when a disgraced FBI agent gets in touch things take an even darker turn. Because she doesn’t think Poe is dealing with a serial killer at all; she thinks he’s dealing with someone far, far worse – a man who calls himself the Curator.

And nothing will ever be the same again…

3. The Turn of the Key – Ruth Ware
When she stumbles across the advert, she’s looking for something else completely. But it seems like too good an opportunity to miss: a live-in nanny position, with a staggeringly generous salary. And when Rowan arrives at Heatherbrae House, she is smitten by the luxurious ‘smart’ home fitted out with all modern conveniences, by the beautiful Scottish Highlands, and by this picture-perfect family.

What she doesn’t know is that she’s stepping into a nightmare – one that will end with a child dead and her in a cell awaiting trial for murder.

She knows she’s made mistakes. But, she maintains, she’s not guilty – at least not of murder. Which means someone else is.

4. King of Fools – Amanda Foody
On the quest to find her missing mother, prim and proper Enne Salta became reluctant allies with Levi Glaisyer, the city’s most famous con man. Saving his life in the Shadow Game forced Enne to assume the identity of Seance, a mysterious underworld figure. Now, with the Chancellor of the Republic dead and bounties on both their heads, she and Levi must play a dangerous game of crime and politics…with the very fate of New Reynes at stake.

Thirsting for his freedom and the chance to build an empire, Levi enters an unlikely partnership with Vianca Augustine’s estranged son. Meanwhile, Enne remains trapped by the mafia donna’s binding oath, playing the roles of both darling lady and cunning street lord, unsure which side of herself reflects the truth.

As Enne and Levi walk a path of unimaginable wealth and opportunity, new relationships and deadly secrets could quickly lead them into ruin. And when unforeseen players enter the game, they must each make an impossible choice: To sacrifice everything they’ve earned in order to survive…

Or die as legends.

5. Aurora Burning – Amie Kaufman & Jay Kristoff
First, the bad news: an ancient evil—you know, your standard consume-all-life-in-the-galaxy deal—is about to be unleashed. The good news? Squad 312 is standing by to save the day. They’ve just got to take care of a few small distractions first.

And the cadre of illegit GIA agents with creepy flowers where their eyes used to be, who’ll stop at nothing to get their hands on Auri.

Then there’s Kal’s long-lost sister, who’s not exactly happy to see her baby brother, and has a Syldrathi army at her back. With half the known galaxy on their tails, Squad 312 has never felt so wanted.

When they learn the Hadfield has been found, it’s time to come out of hiding. Two centuries ago, the colony ship vanished, leaving Auri as its sole survivor. Now, its black box might be what saves them. But time is short, and if Auri can’t learn to master her powers as a Trigger, the squad and all their admirers are going to be deader than the Great Ultrasaur of Abraaxis IV.

Shocking revelations, bank heists, mysterious gifts, inappropriately tight bodysuits, and an epic firefight will determine the fate of the Aurora Legion’s most unforgettable heroes—and maybe the rest of the galaxy as well.

Nick Hayes’s genius is in wringing out the universe’s secrets. It’s a talent that’s allowed him to carve paths through time. But the worst part is that he knows how his story will end. He’s seen it with his own eyes. And every year that passes, every breakthrough he makes, brings him a step closer. Mia’s accident is waiting for them both in 2011. If it happens then he’s out of choices.

Then a chance 1992 discovery reveals that this seeker of truth has been lying to himself. But why? It’s a question that haunts him for years. A straw he clings to as his long-awaited fate draws near.

Time travel turns out not to be the biggest problem Nick has to work on. He needs to find out how he can stay on his path but change the destination. Failure has never been an option, and neither has survival. But Nick’s hoping to roll the dice one more time. And this new truth begins with a lie.

7. The Unspoken Name – A K Larkwood
What if you knew how and when you will die?

Csorwe does — she will climb the mountain, enter the Shrine of the Unspoken, and gain the most honored title: sacrifice.

But on the day of her foretold death, a powerful mage offers her a new fate. Leave with him, and live. Turn away from her destiny and her god to become a thief, a spy, an assassin—the wizard’s loyal sword. Topple an empire, and help him reclaim his seat of power.

But Csorwe will soon learn – gods remember, and if you live long enough, all debts come due.

8. Viper – Bex Hogan
He will make me a killer. Or he will have me killed. That is my destiny.

Seventeen-year-old Marianne is fated to one day become the Viper, defender of the Twelve Isles.

But the reigning Viper stands in her way. Corrupt and merciless, he prowls the seas in his warship, killing with impunity, leaving only pain and suffering in his wake.

He’s the most dangerous man on the ocean . . . and he is Marianne’s father.

She was born to protect the islands. But can she fight for them if it means losing her family, her home, the boy she loves – and perhaps even her life?

9. Hold Back the Tide – Melinda Salisbury 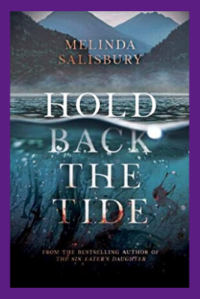 Here are the rules of living with a murderer.

One: Do not draw attention to yourself.

Of course, when you live with a murderer, this is impossible. Even the subtlest of spectres is bound to be noticed. Which leads to the next rule.

Two: If you can’t be invisible, be useful.

Everyone in this quiet lakeside community knows that Alva’s father killed her mother, all those years ago. There wasn’t enough proof to arrest him, though, and with no other family, Alva’s been forced to live with her mother’s murderer, doing her best to survive until she can earn enough money to run away.

One of her chores is to monitor water levels in the loch-a task her father takes very seriously. Their family has been the guardian of the loch for generations. It’s a cold, lonely task, and a few times, Alva can swear she feels someone watching her.

But the more Alva investigates, the more she realizes that the truth can be more monstrous than lies, and that you can never escape your past . . .

10. Bloodchild – Anna Stephens
In this epic grimdark conclusion to the Godblind Trilogy, heroes, armies, and gods both good and evil will battle one last time, with the fate of the world itself at stake. . . . The great city of Rilpor has fallen. Its walls have crumbled under the siege by the savage Mireces; its defenders have scattered, fleeing for their lives; its new rulers plot to revive the evil Red Gods using the city’s captured, soon-to-be-sacrificed citizens. Now, with the Fox God leading the shattered remnants of the Rilporian defence and the Mireces consolidating their claim on the rest of the country, it’s up to Crys, Tara, Mace, Dom and the rest to end the Red Gods’ scourge once and for all. While the Rilporians plan and prepare for one final, cataclysmic battle to defeat their enemies, the Blessed One and the king of the Mireces have plans of their own: dark plans that will see gods resurrected and the annihilation of the Dancer for all time. Key to their plan is Rillirin, King Corvus’s sister, and the baby–the Bloodchild–she carries. As both sides face their destinies and their gods, only one thing is clear: death waits for them all.

So those are my favourite books of 2020 so far! I’d love to know what your favourite reads have been in 2020 so let me know in the comments below!