Series: Mirage #1
Release Date: 28th August 2018
Publisher: Hodder Books
Pages: 320
Find it on: Goodreads. BookDepository. Waterstones.
Source: I received an E-ARC via Netgalley and then I picked up a copy of this in my local bookshop.

In a star system dominated by the brutal Vathek empire, eighteen-year-old Amani is a dreamer. She dreams of what life was like before the occupation; she dreams of writing poetry like the old-world poems she adores; she dreams of receiving a sign from Dihya that one day, she, too, will have adventure, and travel beyond her isolated moon.

But when adventure comes for Amani, it is not what she expects: she is kidnapped by the regime and taken in secret to the royal palace, where she discovers that she is nearly identical to the cruel half-Vathek Princess Maram. The princess is so hated by her conquered people that she requires a body double, someone to appear in public as Maram, ready to die in her place.

As Amani is forced into her new role, she can’t help but enjoy the palace’s beauty—and her time with the princess’ fiancé, Idris. But the glitter of the royal court belies a world of violence and fear. If Amani ever wishes to see her family again, she must play the princess to perfection…because one wrong move could lead to her death.

THIS BOOK. I requested a copy of Mirage on Netgalley because it sounded like it had quite an interesting premise. After meaning to get around to it for a while I picked it up on a whim and honestly this is easily one of my top five favourite books of the year. I could not put this down and I’m so excited to find out what’s going to happen next.

Mirage is a stunning debut that complexly weaves fantasy and science fiction elements to create this gorgeous world where no one is safe and things can change in the blink of an eye. I love the blend of planets and technology with mythology and faith. It worked so well together and I enjoyed every second in this world.

The story is fast-paced and told from the point of view of our main character Amani. My one criticism with this book would be that I wanted more, I’d have loved more time to explore the different places Amani visits, and find out more about the different cultures and people that are ruled by the Vathek. The characters are also completely fascinating. Amani who is dealing with this horrific situation of being a body double and pretty much a slave – she chooses to remain strong and fight back instead of breaking under such an awful situation. I also really loved Maram, she’s a complex character – a future Queen hated by everyone for being half Vathek and half Kushaila, on the surface she seems like your typical villain but there’s so much more going on.

Mirage blends so many themes and ideas in a really beautiful way. There’s family and friendship, what it means to belong and a dash of romance too. There’s also much darker themes as the story looks at the subjugation of the Andaalan people who are forced to speak a new language and serve the new ruling Vathek. This story is gripping and engaging and will definitely leave you on the edge of your seat wanting more. Your only problem is going to be waiting for the release of Court of Lions in 2019. 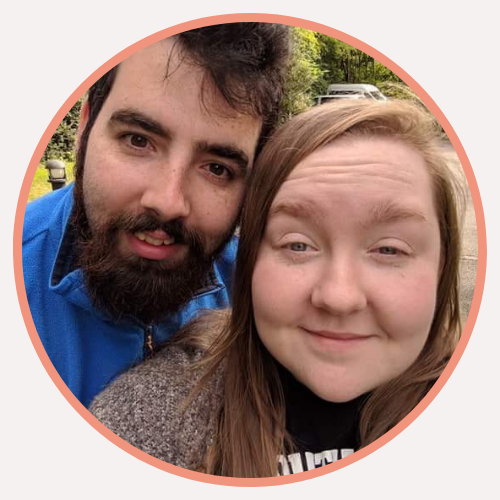 Welcome to The Bibliophile Chronicles! I’m Nicole, a publishing graduate from Scotland. I’m a big fan of cats, books and Game of Thrones. Here you’ll find book reviews, interviews and lots of other bookish things!

Spent the afternoon grabbing a bit of reading time with my girl. Nothing beats a cat snuggle - even if she starts snoring. Super excited about this book post from @readeatretreat and @hodderbooks. Thank you so much for sending me a copy to review. 💜 - #thelasthuman #zackjordan #hodderbooks #sciencefiction #books #bookstagram #booksofinstagram #instabook #bookblogger #cat #cats #catsofinstagram #catandbook
Really excited about this book post! I loved the Artemis Fowl books growing up so I'm so excited to try Highfire. It's the next book on my TBR and I can't wait to get stuck in. What are you reading this weekend? - #highfire #eoincolfer #artemisfowl #books #bookblogger #bookstagram #booksofinstagram #instabook #fantasy #reading #amreading
Currently reading this gorgeous book from @sarah.kozloff and I can't put it down! Can't wait to finish work so I can find out how it ends 😲💜. - #bookblogger #aqueeninhiding #sarahkozloff #booksofinstagram #merakicandles #reading #readingspot #bookstagram #fantasy #ninerealms #instabook #book #books #amreading
My review of Spellhacker is now live on my blog! I totally loved this unique story of magic and a heist gone wrong - definitely recommend. Massive thank you to lovely @harper360ya for sending me a copy to review 💙 #books #spellhacker #mkengland #thedisasters #sciencefiction #fantasy #ya #books #bookblogger #arc #amreading #bookreview #bookstagram #booksofinstagram