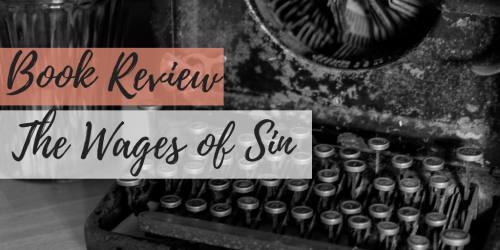 Sarah Gilchrist has fled London and a troubled past to join the University of Edinburgh’s medical school in 1892, the first year it admits women. She is determined to become a doctor despite the misgivings of her family and society, but Sarah quickly finds plenty of barriers at school itself: professors who refuse to teach their new pupils, male students determined to force out their female counterparts, and—perhaps worst of all—her female peers who will do anything to avoid being associated with a fallen woman.

Desperate for a proper education, Sarah turns to one of the city’s ramshackle charitable hospitals for additional training. The St Giles’ Infirmary for Women ministers to the downtrodden and drunk, the thieves and whores with nowhere else to go. In this environment, alongside a group of smart and tough teachers, Sarah gets quite an education. But when Lucy, one of Sarah’s patients, turns up in the university dissecting room as a battered corpse, Sarah finds herself drawn into a murky underworld of bribery, brothels, and body snatchers.

Painfully aware of just how little separates her own life from that of her former patient’s, Sarah is determined to find out what happened to Lucy and bring those responsible for her death to justice. But as she searches for answers in Edinburgh’s dank alleyways, bawdy houses and fight clubs, Sarah comes closer and closer to uncovering one of Edinburgh’s most lucrative trades, and, in doing so, puts her own life at risk…

I loved this book from start to finish. Sarah Gilchrist is such a fascinating character. Forced to leave London in disgrace, Sarah is part of the first group of female medical students at Edinburgh University. She’s determined to become a doctor and help those in need. However those around her are not so thrilled at the idea of having female doctors, and there are those in her family who would much prefer she let the idea of doctoring go and get married.

I’m not really sure where to begin with reviewing The Wages of Sin. I loved it so much, and there’s just so much going on in this complex and addictive story. The first thing I adored about this book was the setting. I love historical fiction, and so when I heard about this book set in Victorian Edinburgh, I was absolutely dying to read it. Not only that, I did my undergraduate degree in Edinburgh, and at the time of reading the book I was interning just off the royal mile. It’s very rare you’re actually in a place where a book is set, and the fantastic depictions of Victorian Edinburgh really made the story come alive for me. I often spent my lunch break in cafe comparing the Royal Mile of today to the dark and eerie Royal Mile of the story.The descriptions of the medical procedures and events in the infirmary are also very visually depicted, bringing alive the stench and sounds of the medical world.

I also adored the characters, they’re so wonderfully depicted, and there’s such a range of interesting characters. Sarah is dismissed from society, yet she’s still determined to see her dream of becoming a doctor through. She’s strong and she fights for what she believes is right. I also loved Elizabeth, Sarah’s only real friend that she confides and finds solace in. Elizabeth appears as the perfect depiction of a good wife who stays at home, but she’s so much more. Professor Merchiston too is a fascinating character he’s both Sarah’s lecturer and some how tied up in the mysterious death of her patient.

The Wages of Sin is such a fascinating exploration into how women were treated in Victorian times, but enveloped in a dark murder mystery. The back drop of women being ridiculed and shunned for studying medicine, as well as obstructing them from getting the vote, makes for a really interesting and complex story. This book kept me guessing, and kept me wanting more. The book is incredibly well researched, and is definitely one of my favourite historical fictions ever. It’s full of darkness and corruption, This is a completely engaging book, and I hope this isn’t the last we see of Sarah Gilchrist.