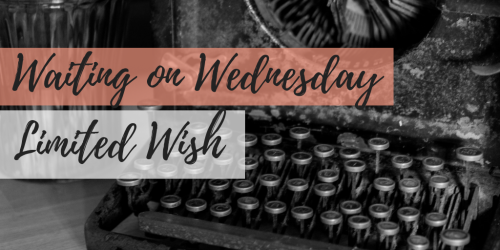 One choice. Two possible timelines. And a world hanging in the balance.

It’s the summer of 1986 and reluctant prodigy Nick Hayes is a student at Cambridge University, working with world-renowned mathematician Professor Halligan. He just wants to be a regular student, but regular isn’t really an option for a boy-genius cancer survivor who’s already dabbled in time travel.

When he crosses paths with a mysterious yet curiously familiar girl, Nick discovers that creases have appeared in the fabric of time, and that he is at the centre of the disruption. Only Nick can resolve this time paradox before the damage becomes catastrophic for both him and the future of the world. Time is running out—literally.

Wrapped up with him in this potentially apocalyptic scenario are his ex-girlfriend, Mia, and fellow student Helen. Facing the world-ending chaos of a split in time, Nick must act fast and make the choice of a lifetime—or lifetimes. 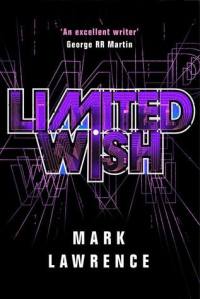 Limited Wish is the second book in the Impossible Times series. The first book One Word Kill was a book I devoured a few months ago (you can read my full five star review here) I really loved it so I’ve been eagerly awaiting the next instalment in the series. The story is science fiction, blending time travel and alternate timelimes with 80s vibes and Dungeons and Dragons. It’s an exciting ride and lots of fun to read. Limited Wish appears to be continuing Nick’s story, but this time several years since the events of One Word Kill. This story is pretty fast paced and I’m so excited to find out what’s going to happen next. Despite being on the shorter side One Word Kill certainly packed a punch and I’m pretty sure Limited Wish will too. I also have to admit I’m kind of obsessed with the covers. If you haven’t had the chance to start the series yet, now is definitely the time as Limited Wish will be publishing in just a few weeks time – May 28th from 47 North.