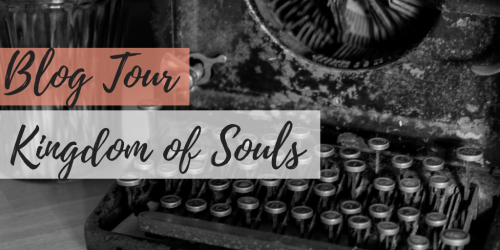 Magic has a price—if you’re willing to pay.

Born into a family of powerful witchdoctors, Arrah yearns for magic of her own. But each year she fails to call forth her ancestral powers, while her ambitious mother watches with growing disapproval.

There’s only one thing Arrah hasn’t tried, a deadly last resort: trading years of her own life for scraps of magic. Until the Kingdom’s children begin to disappear, and Arrah is desperate to find the culprit.

She uncovers something worse. The long-imprisoned Demon King is stirring. And if he rises, his hunger for souls will bring the world to its knees… unless Arrah pays the price for the magic to stop him. 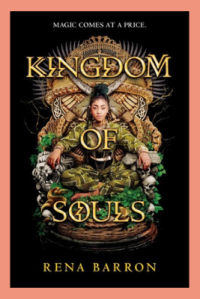 Kingdom of Souls follows Arrah, the daughter of two incredibly powerful witch doctors. She has a lot to live up to, and things are made worse by the fact that she doesn’t seem to be able to use magic at all. As she returns to the Kingdom she hears that children have been mysteriously vanishing and when she uncovers the reason why she discovers she might have to pay the ultimate price to stop an ancient evil being released.

I’ve really been loving dark, addictive fantasy books so this sounded right up my street. I was hooked straight away and this book ended up being a whole lot darker and grittier than I was expecting. It’s full to the brim with magic, sacrifice, demons and power. It does also contain quite a few trigger warnings, so please bear that in mind before reading.

The story is quite a complex one, there are quite a lot of characters and at times I found myself getting a bit lost with who was who. Our main protagonist Arrah is brilliant though, I really liked her perspective and she undergoes lots of character development as she goes from being a young girl desperate for magic to trying to stop the demon king at any cost.

The world building is also fascinating, the author has steeped the whole world in magic and lore and there’s so much detail surrounding the magic system, the gods and the demons. I really love when stories really built an in depth world and it really felt easy to fall into the world of Kingdom of Souls.

I really enjoyed the story in this one, it was gripping and engaging. I think this book would have been a five stars for me but I just felt the pacing was a little off in the second half of the book, losing its edge a little toward the end. Despite that I still thoroughly enjoyed Kingdom of Souls – it’s a dark, vivid tale of family, magic and sacrifice and it’s definitely worth checking out and I’m so looking forward to book two!