I decided for 2020 I would start making TBRs, I did okay with my January one, reading five of the eight books I had planned to read that month. I’m going to stick with it so here’s the books I hope to get to in February – it’s a pretty ambitious TBR but fingers crossed I can get to most of them! 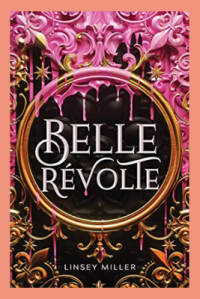 1. Belle Revolte – Linsey Miller
Emilie des Marais is more at home holding scalpels than embroidery needles and is desperate to escape her noble roots to serve her country as a physician. But society dictates a noble lady cannot perform such gruesome work.

Annette Boucher, overlooked and overworked by her family, wants more from life than her humble beginnings and is desperate to be trained in magic. So when a strange noble girl offers Annette the chance of a lifetime, she accepts.

Emilie and Annette swap lives—Annette attends finishing school as a noble lady to be trained in the ways of divination, while Emilie enrolls to be a physician’s assistant, using her natural magical talent to save lives.

But when their nation instigates a frivolous war, Emilie and Annette must work together to help the rebellion end a war that is based on lies.

2 Witness X – SE Moorhead
From one of the most original new voices in fiction comes a startling vision of a world where hero Kyra must fight the past to save our future. A genre-bending thriller for the Netflix generation, for fans of Altered Carbon, Dark and Mindhunter.

She’s the only one who can access the truth…

Fourteen years ago, the police caged a notorious serial killer who abducted and butchered two victims every February. He was safe behind bars. Wasn’t he?

But then another body is discovered, and soon enough, the race is on to catch the real killer. Neuropsychologist Kyra Sullivan fights to use a new technology that accesses the minds of the witnesses, working with the police to uncover the truth. Will Kyra discover the person behind the murders, and if so, at what cost? And how far will she go to ensure justice is served?

An addictive futuristic thriller, perfect for fans of Stranger Things. 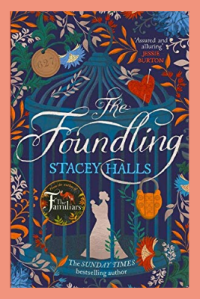 Six years after leaving her illegitimate daughter Clara at London’s Foundling Hospital, Bess Bright returns to reclaim the child she has never known. Dreading the worst – that Clara has died in care – the last thing she expects to hear is that her daughter has already been reclaimed – by her. Her life is turned upside down as she tries to find out who has taken her little girl – and why. Less than a mile from Bess’ lodgings in the city, in a quiet, gloomy townhouse on the edge of London, a young widow has not left the house in a decade. When her close friend – an ambitious young doctor at the Foundling Hospital – persuades her to hire a nursemaid for her daughter, she is hesitant to welcome someone new into her home and her life. But her past is threatening to catch up with her and tear her carefully constructed world apart.

4. The Unspoken Name – A. K. Larkwood
What if you knew how and when you will die?

Csorwe does — she will climb the mountain, enter the Shrine of the Unspoken, and gain the most honored title: sacrifice.

But on the day of her foretold death, a powerful mage offers her a new fate. Leave with him, and live. Turn away from her destiny and her god to become a thief, a spy, an assassin—the wizard’s loyal sword. Topple an empire, and help him reclaim his seat of power.

But Csorwe will soon learn – gods remember, and if you live long enough, all debts come due. 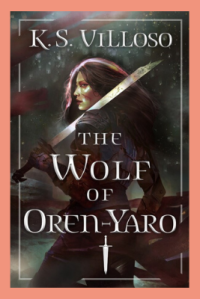 5. The Wolf of Oren-Yaro – K. S. Villoso
A queen of a divided land must unite her people, even if they hate her, even if it means stopping a ruin that she helped create. A debut epic fantasy from an exciting new voice.

“I murdered a man and made my husband leave the night before they crowned me.”

Born under the crumbling towers of Oren-yaro, Queen Talyien was the shining jewel and legacy of the bloody War of the Wolves that nearly tore her nation apart. Her upcoming marriage to the son of her father’s rival heralds peaceful days to come.

But his sudden departure before their reign begins fractures the kingdom beyond repair.

Years later, Talyien receives a message, urging her to attend a meeting across the sea. It’s meant to be an effort at reconciliation, but an assassination attempt leaves the queen stranded and desperate to survive in a dangerous land. With no idea who she can trust, she’s on her own as she struggles to fight her way home.

6. In Plain Sight – Marion Todd
A child’s life is at stake. Which of the residents of St Andrews is hiding something – and why?

When a baby girl is snatched from the crowd of spectators at a fun run, the local police have a major investigation on their hands. DI Clare Mackay  and her team are in a race against the clock when they learn that the child has a potentially fatal medical condition.

As Clare investigates she realises this victim wasn’t selected at random. Someone knows who took the baby girl, and why. But will they reveal their secrets before it’s too late? 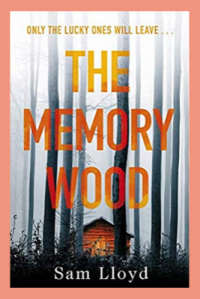 7. The Memory Wood – Sam Lloyd
Elijah has lived in the Memory Wood for as long as he can remember. It’s the only home he’s ever known.

Elissa has only just arrived. And she’ll do everything she can to escape.

When Elijah stumbles across thirteen-year-old Elissa, in the woods where her abductor is hiding her, he refuses to alert the police. Because in his twelve years, Elijah has never had a proper friend. And he doesn’t want Elissa to leave.

Not only that, Elijah knows how this can end. After all, Elissa isn’t the first girl he’s found inside the Memory Wood.

As her abductor’s behaviour grows more erratic, Elissa realises that outwitting strange, lonely Elijah is her only hope of survival. Their cat-and-mouse game of deception and betrayal will determine both their fates, and whether either of them will ever leave the Memory Wood . . . 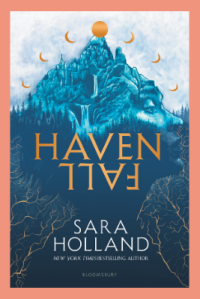 Hidden deep in the mountains of Colorado lies the Inn at Havenfall, a sanctuary that connects ancient worlds–each with their own magic–together. For generations, the inn has protected all who seek refuge within its walls, and any who disrupt the peace can never return.

For Maddie Morrow, summers at the inn are more than a chance to experience this magic first-hand. Havenfall is an escape from reality, where her mother sits on death row accused of murdering Maddie’s brother. It’s where Maddie fell in love with handsome Fiorden soldier Brekken. And it’s where one day she hopes to inherit the role of Innkeeper from her beloved uncle.

But this summer, the impossible happens–a dead body is found, shattering everything the inn stands for. With Brekken missing, her uncle gravely injured, and a dangerous creature on the loose, Maddie suddenly finds herself responsible for the safety of everyone in Havenfall. She’ll do anything to uncover the truth, even if it means working together with an alluring new staffer Taya, who seems to know more than she’s letting on. As dark secrets are revealed about the inn itself, one thing becomes clear to Maddie–no one can be trusted, and no one is safe . . . 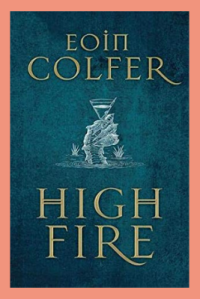 9. Highfire – Eoin Colfer
In the days of yore, he flew the skies and scorched angry mobs—now he hides from swamp tour boats and rises only with the greatest reluctance from his Laz-Z-Boy recliner. Laying low in the bayou, this once-magnificent fire breather has been reduced to lighting Marlboros with nose sparks, swilling Absolut in a Flashdance T-shirt, and binging Netflix in a fishing shack. For centuries, he struck fear in hearts far and wide as Wyvern, Lord Highfire of the Highfire Eyrie—now he goes by Vern. However…he has survived, unlike the rest. He is the last of his kind, the last dragon. Still, no amount of vodka can drown the loneliness in his molten core. Vern’s glory days are long gone. Or are they?

A canny Cajun swamp rat, young Everett “Squib” Moreau does what he can to survive, trying not to break the heart of his saintly single mother. He’s finally decided to work for a shady smuggler—but on his first night, he witnesses his boss murdered by a crooked constable.

Regence Hooke is not just a dirty cop, he’s a despicable human being—who happens to want Squib’s momma in the worst way. When Hooke goes after his hidden witness with a grenade launcher, Squib finds himself airlifted from certain death by…a dragon?

The swamp can make strange bedfellows, and rather than be fried alive so the dragon can keep his secret, Squib strikes a deal with the scaly apex predator. He can act as his go-between (aka familiar)—fetch his vodka, keep him company, etc.—in exchange for protection from Hooke. Soon the three of them are careening headlong toward a combustible confrontation. There’s about to be a fiery reckoning, in which either dragons finally go extinct—or Vern’s glory days are back.

A triumphant return to the genre-bending fantasy that Eoin Colfer is so well known for, Highfire is an effortlessly clever and relentlessly funny tour-de-force of comedy and action. 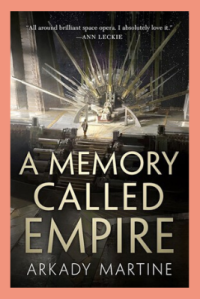 10. A Memory Called Empire – Arkady Martine
Ambassador Mahit Dzmare arrives in the center of the multi-system Teixcalaanli Empire only to discover that her predecessor, the previous ambassador from their small but fiercely independent mining Station, has died. But no one will admit that his death wasn’t an accident—or that Mahit might be next to die, during a time of political instability in the highest echelons of the imperial court.

Now, Mahit must discover who is behind the murder, rescue herself, and save her Station from Teixcalaan’s unceasing expansion—all while navigating an alien culture that is all too seductive, engaging in intrigues of her own, and hiding a deadly technological secret—one that might spell the end of her Station and her way of life—or rescue it from annihilation.