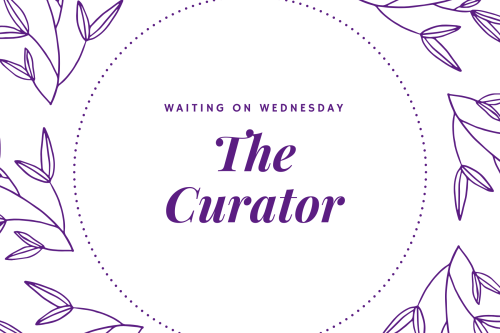 It’s Christmas and a serial killer is leaving displayed body parts all over Cumbria. A strange message is left at each scene: #BSC6. Called in to investigate, the National Crime Agency’s Washington Poe and Tilly Bradshaw are faced with a case that makes no sense. Why were some victims anaesthetized, while others died in appalling agony? Why is their only suspect denying what they can irrefutably prove but admitting to things they weren’t even aware of? And why did the victims all take the same two weeks off work three years earlier?

And when a disgraced FBI agent gets in touch things take an even darker turn. Because she doesn’t think Poe is dealing with a serial killer at all; she thinks he’s dealing with someone far, far worse – a man who calls himself the Curator.

And nothing will ever be the same again… 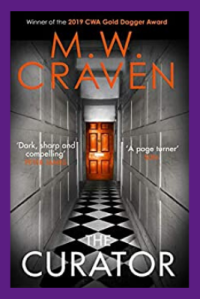 The Curator is the third instalment in the Washington Poe series by M. W. Craven. This series has become one of my all time favourite crime thriller series and I am eagerly awaiting this release. The series follows detective Washington Poe and analyst Tilly as they attempt to solve some of the grisly murders going on in Cumbria. The first two books in the series – The Puppet Show and Black Summer were five star reads for me, each one having me on the edge of my seat and staying up way past my bedtime. If you haven’t had a chance to check this series out yet I’d highly recommend it. They both had twists I absolutely would not have seen coming and they were unputdownable. I have no doubt The Curator is going to be exactly the same and luckily there isn’t too much longer to wait – The Curator is publishing June 4th from Constable.