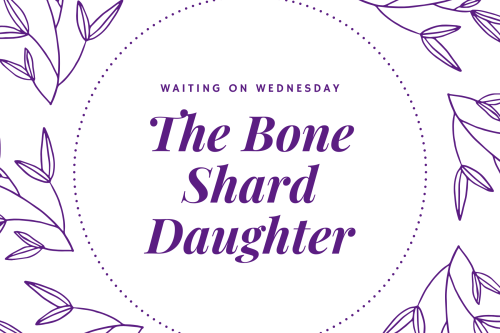 In an empire controlled by bone shard magic, Lin, the former heir to the emperor will fight to reclaim her magic and her place on the throne. The Bone Shard Daughter marks the debut of a major new voice in epic fantasy.

The emperor’s reign has lasted for decades, his mastery of bone shard magic powering the animal-like constructs that maintain law and order. But now his rule is failing, and revolution is sweeping across the Empire’s many islands.

Lin is the emperor’s daughter and spends her days trapped in a palace of locked doors and dark secrets. When her father refuses to recognise her as heir to the throne, she vows to prove her worth by mastering the forbidden art of bone shard magic.

Yet such power carries a great cost, and when the revolution reaches the gates of the palace, Lin must decide how far she is willing to go to claim her birthright – and save her people. 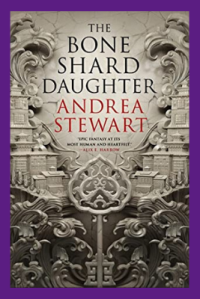 I saw a few people talking about this online and thought I would have a look at the synopsis (mainly because I was intrigued by that absolutely stunning cover!). After reading what the book was about it immediately became an anticipated release. An heir attempting to reclaim her throne? The forbidden art of bone shard magic? WHERE DO I SIGN UP? This sounds like the kind of thing I would absolutely love and I’m so excited to read it. I’ve seen a few people have read it already and the reviews have all been 4/5 stars so that gives me really high expectations for this book. The Bone Shard Daughter is the first in The Drowning Empire series and I just have the feeling that this is going to be one of my all time favourites. I’m participating in the blog tour for this one in September but I know as soon as my copy arrives I’m going to be diving straight into this one. The Bone Shard Daughter is publishing September 10th from Orbit Books.