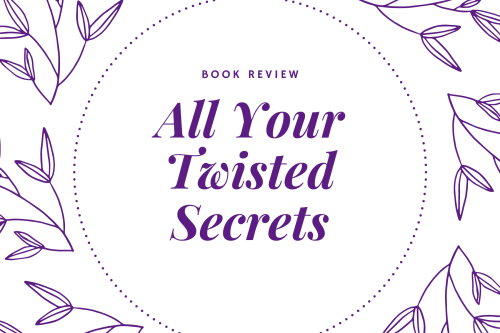 Welcome to dinner, and again, congratulations on being selected. Now you must do the selecting.

What do the queen bee, star athlete, valedictorian, stoner, loner, and music geek all have in common? They were all invited to a scholarship dinner, only to discover it’s a trap. Someone has locked them into a room with a bomb, a syringe filled with poison, and a note saying they have an hour to pick someone to kill … or else everyone dies.

Amber Prescott is determined to get her classmates and herself out of the room alive, but that might be easier said than done. No one knows how they’re all connected or who would want them dead. As they retrace the events over the past year that might have triggered their captor’s ultimatum, it becomes clear that everyone is hiding something. And with the clock ticking down, confusion turns into fear, and fear morphs into panic as they race to answer the biggest question: Who will they choose to die? 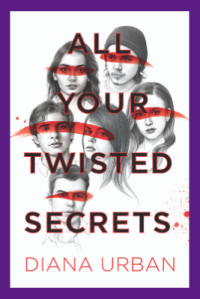 Debut YA thriller All Your Twisted Secrets is a story that follows five teenagers who have been awarded scholarships for college. Invited to a celebratory dinner, the group find themselves locked in the restaurant where they discover a bomb and a syringe full of poison. The only note tells them they must pick someone to poison, or they will all die when the bomb goes off. The question is who do the choose, and who put locked them in in the first place?

I really wanted to love this book. I thought it would be another One Of Us Is Lying, it sounded exactly like the kind of thing I would enjoy. However this one just fell a bit flat for me. For me it was just a bit too unrealistic, and the reveal at the end just didn’t work for me at all. The plot jumps around a lot between the current situation and the past and while I enjoyed seeing the secrets unravel and the characters trying to figure out which person to kill, it wound up feeling a bit on the repetitive side. I had expected a bit more tension, to be on the edge of my seat but the story just didn’t click for me in that way.

I liked the characters well enough, our main protagonist Amber is interesting but aside from them fulfilling their roles of ‘queen bee’ ‘athlete’ ‘band geek’ ‘stoner’ and ‘valedictorian’ there wasn’t all that much too them. I would have loved the chance to get to know the characters a bit better and then perhaps that would have made me more invested in the overall story.

That being said, Urban does have a really nice writing style and it was easy to keep turning the pages. I thought this book had a really fascinating premise and if you’re a fan of YA thrillers this could be one you’ll really love – it’s a fast paced read and has an ending you probably won’t see coming.

4 thoughts on “Book Review: All Your Twisted Secrets – Diana Urban”