I’ve decided in July that I’m going to challenge myself to read as many sequels as possible. I’ve made a little list of all the ones I currently have on my TBR and I’m going to try and choose them at random throughout the month. I do have a couple of review books I need to get to as well so those are what I’ll be focusing on for my July TBR! 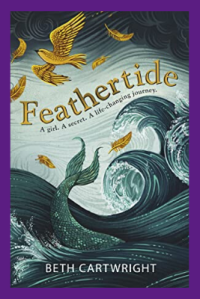 Born covered in the feathers of a bird, and kept hidden in a crumbling house full of secrets, Marea has always known she was different, but never known why. And so to find answers, she goes in search of the father she has never met.

The hunt leads her to the City of Murmurs, a place of mermaids and mystery, where jars of swirling mist are carried through the streets by the broken-hearted.

And Marea will never forget what she learns there 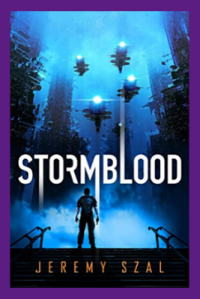 2. Stormblood – Jeremy Szal
Vakov Fukasawa used to be a Reaper, a biosoldier fighting for the intergalactic governing body of Harmony against a brutal invading empire. Now, he fights against the stormtech: the DNA of an extinct alien race Harmony injected into him, altering his body chemistry and making him permanently addicted to adrenaline and aggression. It made him the perfect soldier, but it also opened a new drug market that has millions hopelessly addicted to their own body chemistry.

But when Harmony tells him that his former ally Reapers are being murdered, Vakov is appalled to discover his estranged brother is likely involved in the killings. They haven’t spoken in years, but Vakov can’t let his brother down, and investigates. But the deeper he goes, the more addicted to stormtech he becomes, and Vakov discovers that the war might not be over after all. It’ll take everything he has to unearth this terrible secret, although doing so might mean betraying his brother. If his own body doesn’t betray him first.

A vibrant and talented new voice in SFF: alien technology, addictive upgrades, a soldier determined to protect his family, and a thief who is prepared to burn the world down . . .

3. If I Had Your Face – Frances Cha
“Even as a girl, I knew the only chance I had was to change my face… even before a fortune-teller told me so.”

Kyuri is a heartbreakingly beautiful woman with a hard-won job at a “room salon,” an exclusive bar where she entertains businessmen while they drink. Though she prides herself on her cold, clear-eyed approach to life, an impulsive mistake with a client may come to threaten her livelihood.

Her roomate, Miho, is a talented artist who grew up in an orphanage but won a scholarship to study art in New York. Returning to Korea after college, she finds herself in a precarious relationship with the super-wealthy heir to one of Korea’s biggest companies.

Down the hall in their apartment building lives Ara, a hair stylist for whom two preoccupations sustain her: obsession with a boy-band pop star, and a best friend who is saving up for the extreme plastic surgery that is commonplace.

And Wonna, one floor below, is a newlywed trying to get pregnant with a child that she and her husband have no idea how they can afford to raise and educate in the cutthroat economy.

Together, their stories tell a gripping tale that’s seemingly unfamiliar, yet unmistakably universal in the way that their tentative friendships may have to be their saving grace. 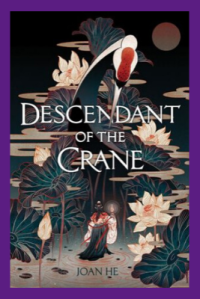 4. Descendant of the Crane – Joan He
Tyrants cut out hearts. Rulers sacrifice their own.

Princess Hesina of Yan has always been eager to shirk the responsibilities of the crown, but when her beloved father is murdered, she’s thrust into power, suddenly the queen of an unstable kingdom. Determined to find her father’s killer, Hesina does something desperate: she engages the aid of a soothsayer—a treasonous act, punishable by death… because in Yan, magic was outlawed centuries ago.

Using the information illicitly provided by the sooth, and uncertain if she can trust even her family, Hesina turns to Akira—a brilliant investigator who’s also a convicted criminal with secrets of his own. With the future of her kingdom at stake, can Hesina find justice for her father? Or will the cost be too high?

In this shimmering Chinese-inspired fantasy, debut author Joan He introduces a determined and vulnerable young heroine struggling to do right in a world brimming with deception.

5. The Resident – David Jackson
THERE’S A SERIAL KILLER ON THE RUN
AND HE’S HIDING IN YOUR HOUSE

Thomas Brogan is a serial killer. Having left a trail of bodies in his wake, and with the police hot on his heels, it seems like Thomas has nowhere left to hide. That is until he breaks into an abandoned house at the end of a terrace on a quiet street. And when he climbs up into the loft, he realises that the can drop down into all the other houses on the street through the shared attic space.

That’s when the real fun begins. Because the one thing that Thomas enjoys even more than killing, is playing games with his victims. And his new neighbours have more than enough dark secrets to make this game his best one yet…

Do you fear The Resident? Soon you’ll be dying to meet him

6. The Cry of the Lake – Charlie Tyler
A gruesome discovery unravels a dark trail of murder and madness.

A six-year-old girl sneaks out of bed to capture a mermaid but instead discovers a dead body. Terrified and unable to make sense of what she sees, she locks the vision deep inside her mind.

Ten years later, Lily is introduced to the charismatic Flo and they become best friends. But Lily is guilt-ridden – she is hiding a terrible secret which has the power to destroy both their lives.

When Flo’s father is accused of killing a schoolgirl, the horrors of Lily’s past come bubbling to the surface. Lily knows that, whatever the consequences, she has to make things right. She must go back to the events of her childhood and face what happened at the boat house all those years ago.

Can Lily and Flo discover what is hiding in the murky waters of the lake before the killer strikes again?

So those are the six books I’m planning to read in July. What’s on your July TBR?