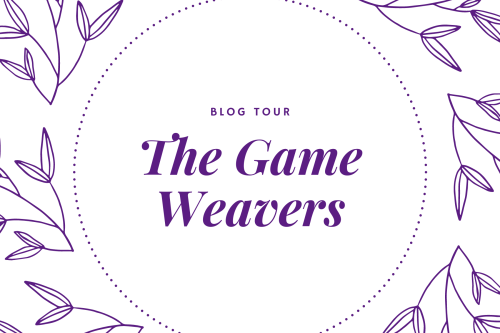 We are in a darker Britain and the national sport is not football but Twine, a game where weavers craft creatures from their fingertips to wage battle against others in vast arenas, watched by thousands.

But we are living in intolerant times and Seo harbours a secret. When he is outed as gay by the media, Seo cannot use his magic to save him.

With the help of his brother Minjun and Jack, the man he can’t quite decide if he loves or not, Seo has to fight to get his life back on track whilst facing the biggest match of his career.

A fantastical yet hauntingly contemporary debut novel from Rebecca Zahabi. 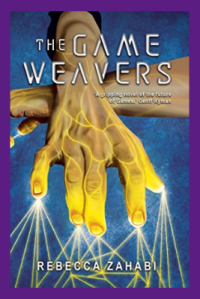 The Game Weavers is the absolutely fascinating debut novel from Rebecca Zahabi. The story follows Seo, a young man who is a champion at Britain’s national sport Twine – a game in which the player must create creatures that battle each other in huge arenas. Despite the futuristic game society has become even more intolerant and when the media outs Seo as gay, he has to fight to get his life back on track as well as continue to compete in the legendary game.

Zahabi has created a really fresh and unique premise, and I found this story to be incredibly gripping. I absolutely loved the idea of Twine, a fighting game similar to the idea of Pokemon in which creatures must battle each other. The story was well paced and I enjoyed learning about the game and the world that Zahabi has brought to life. I really enjoyed her writing style and it was so easy to sink into this brilliant debut novel.

The Game Weavers features a diverse cast of characters and I really liked Seo as a main protagonist. I was really rooting for him and it was interesting seeing him attempt to get his life back to normal, figure out his feeling for Jack as well as play in the game. All the characters were well created and I also really liked the sibling relationship between Seo and Minjun.

The story focuses on homophobia and as such there are some trigger warnings for this. I thought the subject was well handled and the idea of being true to yourself really shined through in the story. The Game Weavers is a well crafted novel with a unique and engaging premise. This is a very impressive debut and I’m excited to see what Rebecca Zahabi writes next.