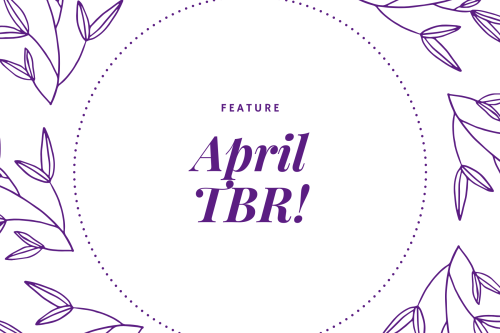 This is going up a bit late but I am mainly focused on reading my TBR for the O.W.L.S Magical Readathon (TBR for this can be found here!) There are a couple of review books I’m hoping to get to in April outside the readathon so I thought I’d do a quick TBR post!

Ursula thinks she killed the love of her life.
Gareth’s been receiving strange postcards.
And Alice is being stalked.

None of them are used to relying on others – but when the three strangers’ lives unexpectedly collide, there’s only one thing for it: they have to stick together. Otherwise, one of them will die.

2. Night of the Dragon – Julie Kagawa
Kitsune shapeshifter Yumeko has given up the final piece of the Scroll of a Thousand Prayers in order to save everyone she loves from imminent death. Now she and her ragtag band of companions must journey to the wild sea cliffs of Iwagoto in a desperate last-chance effort to stop the Master of Demons from calling upon the Great Kami dragon and making the wish that will plunge the empire into destruction and darkness.

Shadow clan assassin Kage Tatsumi has regained control of his body and agreed to a true deal with the devil—the demon inside him, Hakaimono. They will share his body and work with Yumeko and their companions to stop a madman and separate Hakaimono from Tatsumi and the cursed sword that had trapped the demon for nearly a millennium.

But even with their combined skills and powers, this most unlikely team of heroes knows the forces of evil may be impossible to overcome. And there is another player in the battle for the scroll, a player who has been watching, waiting for the right moment to pull strings that no one even realized existed…until now. 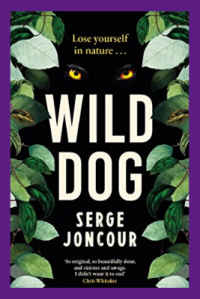 3. Wild Dog – Serge Joncour
When you’re confronted with a wolf, you have to think like a wolf…

Franck and Lise, a French couple in the film industry, rent a cottage in the quiet hills of the French Lot to get away from the stresses of modern life.

In this remote corner of the world, there is no phone signal. A mysterious dog emerges, looking for a new master. Ghosts of a dark past run wild in these hills, where a German lion tamer took refuge in the First World War…

Franck and Lise are confronted with nature at its most brutal. And they are about to discover that man and beast have more in common than they think.

4. The Southern Book Club’s Guide to Slaying Vampires – Grady Hendrix
Fried Green Tomatoes and “Steel Magnolias” meet Dracula in this Southern-flavored supernatural thriller set in the ’90s about a women’s book club that must protect its suburban community from a mysterious and handsome stranger who turns out to be a blood-sucking fiend.

Patricia Campbell had always planned for a big life, but after giving up her career as a nurse to marry an ambitious doctor and become a mother, Patricia’s life has never felt smaller. The days are long, her kids are ungrateful, her husband is distant, and her to-do list is never really done. The one thing she has to look forward to is her book club, a group of Charleston mothers united only by their love for true-crime and suspenseful fiction. In these meetings, they’re more likely to discuss the FBI’s recent siege of Waco as much as the ups and downs of marriage and motherhood.

But when an artistic and sensitive stranger moves into the neighborhood, the book club’s meetings turn into speculation about the newcomer. Patricia is initially attracted to him, but when some local children go missing, she starts to suspect the newcomer is involved. She begins her own investigation, assuming that he’s a Jeffrey Dahmer or Ted Bundy. What she uncovers is far more terrifying, and soon she–and her book club–are the only people standing between the monster they’ve invited into their homes and their unsuspecting community.

5. The Intoxicating Mr Lavelle – Neil Blackmore
‘Your brother takes me for a barbarian, Mr Bowen. But I assure you, I’m quite well trained.’

When Benjamin and Edgar Bowen embark on a Grand Tour of Europe, they are ready to meet People of Quality. They have trunks full of powdered silver wigs and matching suits, a hunger to experience the architectural wonders of Ancient Rome and an ability to quote Voltaire (at length). They will make connections and establish themselves in high society, just as their mother has planned.

But it soon becomes apparent that their outfits are not quite the right shade of grey, their smiles are too ready, their appreciation of the arts ridiculous. Class, they learn, is not something that can be studied.

Benjamin’s true education begins when he meets Horace Lavelle. Beautiful, charismatic, seductive, Lavelle delights in skewering the pretensions and prejudices of their milieu. He consumes Benjamin’s every thought.

Love can transform a person. Can it save them?

6. The Last Wife – Karen Hamilton
Two women. A dying wish. And a web of lies that will bring their world crashing down.

Two women. A dying wish. And a web of lies that will bring their world crashing down.

Nina and Marie were best friends—until Nina was diagnosed with a terminal illness. Before she died, Nina asked Marie to fulfill her final wishes.

But her mistake was in thinking Marie was someone she could trust.

What Nina didn’t know was that Marie always wanted her beautiful life, and that Marie has an agenda of her own. She’ll do anything to get what she wants.

Marie thinks she can keep her promise to her friend’s family on her own terms. But what she doesn’t know is that Nina was hiding explosive secrets of her own… 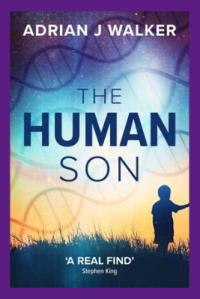 7. The Human Son – Adrian J. Walker
A startling, emotional, beautiful (and at times funny) book – one that feels like the best sort of science fiction, a book that should be enjoyed widely, a book that speaks of what it is to be human, a parent, and a child.

It is 500 years in the future and Earth is no longer populated by humans.

The new guardians of Earth, the genetically engineered Erta, have reversed climate change. They are now faced with a dilemma; if they reintroduce the rebellious and violent Homo Sapiens, all of their work will be undone.

They decide to raise one final child; a sole human to help decide if humanity should again inherit the Earth.

8. Looking Glass – Christina Henry
In four new novellas, Christina Henry returns to the universe she created for Alice and Red Queen, where magic runs more freely than anyone suspects, but so do secrets and blood.

Girl in Amber
Alice and Hatcher are just looking for a place to rest. Alice has been dreaming of a cottage by a lake and a field of wildflowers, but while walking blind in a snowstorm they stumble into a castle that seems empty and abandoned…at least until nightfall.

When I First Came to Town
Hatcher wasn’t always Hatcher. Once, he was a boy called Nicholas, and Nicholas fancied himself the best fighter in the Old City. No matter who fought him he always won. Then his boss tells him he’s going to battle the fearsome Grinder, a man who never leaves his opponents alive.

The Mercy Seat
Alice has a secret–a secret that not even Hatcher knows yet, but pretty soon she won’t be able to keep it from him.