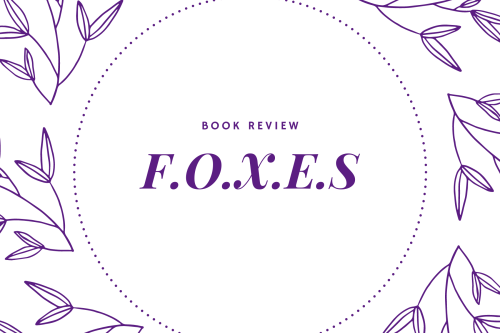 Greer has just recovered from her terrifying experience during the STAGS play. Was she really put on trial by the sinister Dark Order of the Grand Stag? Or was it purely her overheated imagination? The imprint of an ‘M’ for murderer that has appeared on her thumb, though, is puzzling but incomplete evidence . . .

Meanwhile Ty is staying on at Longcross Manor and Greer, Nel and Shafeen are increasingly worried for her safety. When Ty sends a cryptic message directing them to Cumberland Place, the de Warlencourts’ palatial home in London, they decide to risk a visit. There they meet Henry’s grieving parents, Rollo and Caro. Rollo is arrogant, entitled and not overly grieving. Caro, however, while superficially charming, is clearly pushed to the brink of madness by Henry’s death, insisting that Henry is still alive. Which is clearly impossible . . . but Greer has her own troubling doubts about Henry’s death which make it hard to dismiss Caro completely . . .

Can Greer, Shafeen and Nel work out what Rollo de Warlencourt is planning for his deadly Boxing Day Hunt at Longcross in time to save Ty – who has now gone silent? Or will history horribly repeat itself?

A thrilling, richly complex instalment in the STAGS series 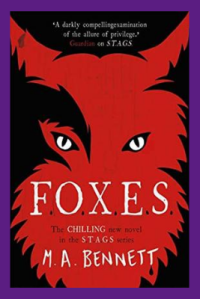 F.O.X.E.S is the third instalment in the S.T.A.G.S series. When I read the first book I hadn’t realised there was going to be more than one book. I picked up D.O.G.S and absolutely devoured it so I couldn’t wait to get my hands on a copy of the third book in the series. The story picks up straight after the events of book two, following Greer, Shafeen and Nel as they continue to uncover the secrets behind The Dark Order of the Grand Stag. Determined to find out the truth, the visit Cumberland Place – the residence of Henry’s parents. There they find his mum Caro insisting that Henry is still alive and his Dad Rollo putting all his efforts into reinstating fox hunting. But is Henry really alive and will history repeat itself at Longcross?

I absolutely love this series and I’m so glad that we’re continuing to follow the same characters. Greer, Shafeen and Nel make a really brilliant group of protagonists and I really enjoyed watching them work together to uncover the twisted secrets behind the Order. The story is told from Greer’s perspective so there are plenty of film references as she narrates this gripping tale.

The story if full of twists and turns and is really fast paced. M. A. Bennett writes these short snappy chapter that have you immediately starting the next one. I often found myself sitting down to read a few pages and then still being there fifty pages later. F.O.X.E.S is a tense and thrilling read I definitely did not want it to end.

The book touches on a lot of themes, particularly class and grief. The story is an atmospheric one and M A Bennett has clearly done an exceptional amount of research for this series. Bennett has a brilliant writing style that keeps the reader hooked and I am so excited to see what the next instalment brings. If you haven’t had the chance to pick up D.O.G.S or F.O.X.E.S yet, these are the perfect summer books to get lost in.