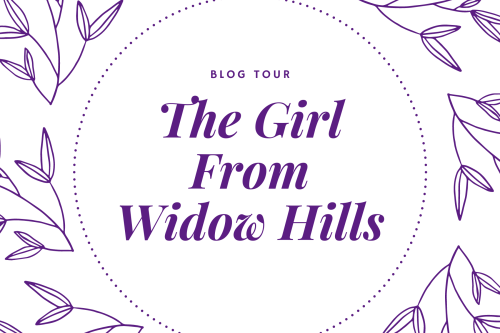 Everyone knows the story of “the girl from Widow Hills.”

Arden Maynor was just a child when she was swept away while sleepwalking during a terrifying rainstorm and went missing for days. Strangers and friends, neighbors and rescue workers, set up search parties and held vigils, praying for her safe return. Against all odds, she was found, alive, clinging to a storm drain. The girl from Widow Hills was a living miracle. Arden’s mother wrote a book. Fame followed. Fans and fan letters, creeps, and stalkers. And every year, the anniversary. It all became too much. As soon as she was old enough, Arden changed her name and disappeared from the public eye.

Now a young woman living hundreds of miles away, Arden goes by Olivia. She’s managed to stay off the radar for the last few years. But with the twentieth anniversary of her rescue approaching, the media will inevitably renew its interest in Arden. Where is she now? Soon Olivia feels like she’s being watched and begins sleepwalking again, like she did long ago, even waking outside her home. Until late one night she jolts awake in her yard. At her feet is the corpse of a man she knows—from her previous life, as Arden Maynor.

And now, the girl from Widow Hills is about to become the center of the story, once again, in this propulsive page-turner from suspense master Megan Miranda. 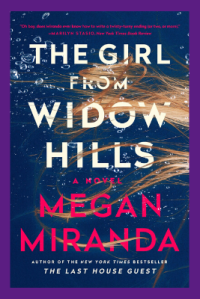 The Girl From Widow Hills is the latest dark and enticing thriller from Megan Miranda, author of All the Missing Girls. The story follows Olivia Meyer, a young woman who has ran way from her past as Arden Maynor –  the girl who was swept away during a storm and survived three days in a storm drain. Haunted by her past Olivia does everything she can to forget about it. But when the body of a man from her past winds up in her yard, she knows things will not stay secret for long.

The Girl From Widow Hills is a fast paced and gripping psychological thriller, and one that grips you right from the outset. Miranda weaves a clever tale, getting the reader to root for Olivia whilst simultaneous also question if she killed the man in her yard. The story is peppered with transcripts from news reports at the time of her disappearance as a child, something that I found really interesting that also lent an air of authenticity to the story.

The story in this book unravels slowly, and has plenty of twists and turns. The ending was absolutely not what I saw coming and I ended up reading the last chunk of the book in one sitting. There are a number of really fascinating characters, and I really liked our main protagonist Olivia. She’s determined to escape her past, but her sleep walking and lack of memories surrounding the events in her childhood also give her an unreliable narrator feel.

The Girl From Widow Hills is a suspenseful mystery with a tense atmosphere that builds and builds towards the final reveal. If you’re a fan of gripping psychological thrillers this is definitely one to get reading. 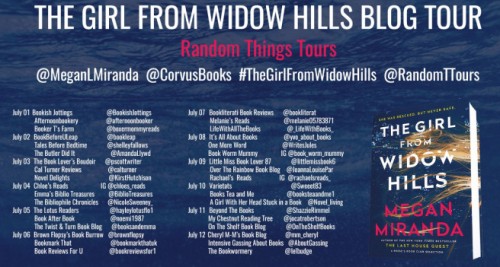