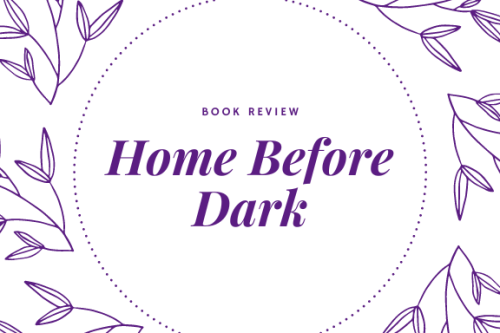 In the latest thriller from New York Times bestseller Riley Sager, a woman returns to the house made famous by her father’s bestselling horror memoir. Is the place really haunted by evil forces, as her father claimed? Or are there more earthbound – and dangerous – secrets hidden within its walls?

“What was it like? Living in that house?” Maggie Holt is used to such questions. Twenty-five years ago, she and her parents, Ewan and Jess, moved into Baneberry Hall, a rambling Victorian estate in the Vermont woods. They spent three weeks there before fleeing in the dead of night, an ordeal Ewan later recounted in a non-fiction book called House of Horrors. His tale of ghostly happenings and encounters with malevolent spirits became a worldwide phenomenon, rivaling The Amityville Horror in popularity – and skepticism.

Today, Maggie is a restorer of old homes and too young to remember any of the events mentioned in her father’s book. But she also doesn’t believe a word of it. Ghosts, after all, don’t exist. When Maggie inherits Baneberry Hall after her father’s death, she returns to renovate the place to prepare it for sale. But her homecoming is anything but warm. People from the past, chronicled in House of Horrors, lurk in the shadows. And locals aren’t thrilled that their small town has been made infamous thanks to Maggie’s father. Even more unnerving is Baneberry Hall itself – a place filled with relics from another era that hint at a history of dark deeds. As Maggie experiences strange occurrences straight out of her father’s book, she starts to believe that what he wrote was more fact than fiction. 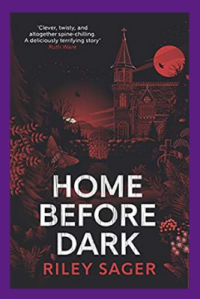 Riley Sager is one of my go-to authors for fun and fast-paced thrillers. Home Before Dark sounded like exactly the kind of book I was going to love and it had the most intriguing premise. Maggie Holt is famous around the world because her Dad wrote a non-fiction book claiming their house was haunted. Everywhere she goes she is asked what it was like to live in that house. When her father dies and she learns he still owns the infamous Baneberry Hall, Maggie decides to restore the house to sell it on and while she’s there she’ll try and get some answers – but what really happened all those years ago?

Home Before Dark is an addictive read. I picked it up one evening and found myself turning pages long into the night. It has some genuinely creepy, sending a shiver up your spine moments and there were a whole bunch of twists that I absolutely did not see coming. Like all Riley Sager books, you have to suspend your disbelief a little bit, but it was a really fun and compelling read. I loved the way chapters from House of Horrors were included in the book and I found these chapters to be particularly engaging.

Home Before Dark has probably become my favourite Riley Sager book (though Lock Every Door is a close second). It was easy to read with really interesting characters. If you’re looking for a fun, addictive thriller to hook you in right from the beginning – look no further.