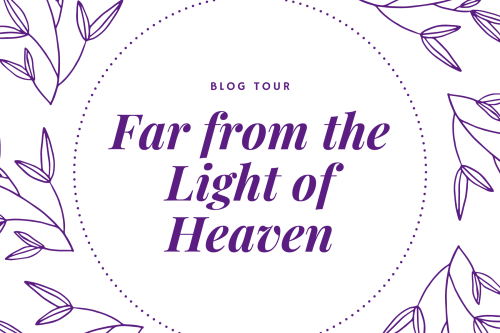 The colony ship Ragtime docks in the Lagos system, having traveled light-years from home to bring thousands of sleeping souls to safety among the stars.

Some of the sleepers, however, will never wake – and a profound and sinister mystery unfolds aboard the gigantic vessel as its skeleton crew make decisions that will have repercussions for the entire system – from the scheming politicians of Lagos station to the colony of Nightshade and the poisoned planet of Bloodroot, poised for a civil war.

Far From the Light of Heaven is the beautifully told story of the spaceship Ragtime, which is bringing a thousand souls from Earth to a colony among the stars. This should be a routine journey, captained by an AI. When Shell wakes she discovers the AI has failed and thirty-one of the thousand souls on board have been murdered. As the mystery unfolds it soon becomes clear that there is much more going on, with secrets that could have repercussions far bigger than anyone could imagine.

This book captivated me right from the very first page. Thompson has a beautiful writing style that kept me hooked on this story throughout. The bleak, loneliness of space was so vividly captured and I found myself completely hooked. The story is well paced, with lots of surprise moments that I absolutely did not expect.

The story contains multiple points of view and it was interesting seeing the story unfold from different perspectives. I really liked Shell, a woman thrust into the responsibility of looking after a spaceship and all the people aboard on her first interstellar flight. I enjoyed the mix of mystery and politics that Thompson created in this book and I think it’s the first time I’ve ever read a whodunnit set in space.

Far from the Light of Heaven is an incredibly addictive read, one that sci-fi fans will completely adore. If you’re looking for something that will keep you guessing but also keep you on the edge of your seat, this is definitely one to get reading.