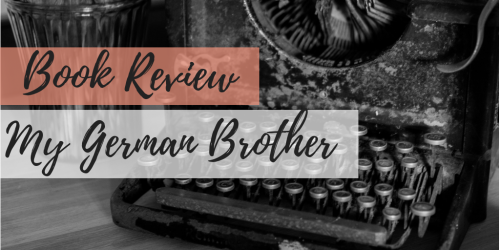 Release Date: 5th April 2018
Publisher: Picador
Pages: 207
Find it on: Goodreads. BookDepository. Waterstones.
Source: The publisher kindly sent me a copy of this book to review.

Ciccio already has many problems: romantic failure, an older brother who seems intent on breaking the heart of every beautiful woman in São Paulo, a distant and larger-than-life father. When Ciccio finds, among the many of his father’s books that line the walls of their house, a troubling letter dated ‘December 21, 1931. Berlin’, his existential crisis only intensifies.

It seems that his father once had a child with another woman – a German son whose fate remains unclear. Ciccio sets out on a mission to locate his lost half-brother, and to win the respect of his father. But as Brazil’s military government cracks down on dissent, and rumours of arrests and disappearances spread, while Ciccio has been out looking for his German brother, he finds that he has taken his eye off his immediate family…

In writing My German Brother, acclaimed Brazilian novelist and musician Chico Buarque was driven by the desire to find out what happened to his own German half-brother – whether he survived the war in a bomb-ravaged Berlin, whether he had joined the ranks of the Hitler Youth. His novel has been a project of a lifetime, one that makes use of what happened, what might have happened, and pure imagination, in order to weave together the threads of narrative and arrive at a truth.

This is a fascinating book about a young Brazilian man who discovers a letter suggesting that his father might have had another son whilst he was in Germany. The story follows his life as he becomes obsessed with this idea, imagining the life of his half brother.

The book was told in a really interesting way, My German Brother is an interesting come of age tale and one of the aspects I really enjoyed was that although the book is fiction it is partly based on the author’s life and his experience of finding out his father had a child in Germany. I found the idea so interesting as he imagined the endless possibilities of his brother’s life, especially at a time when Europe was dealing with the horrific events of the Second World War.

The author has a really great writing style and I loved some of the light-hearted aspects that counteracted some of the more heavy topics, they are quite a few sordid moments as well which I found a little off putting. Overall the book is a really fascinating read and at just over 200 pages it’s definitely worth picking up.